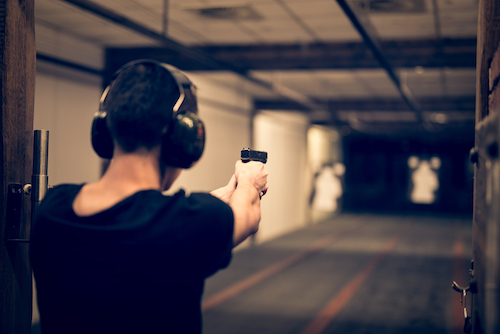 How To Properly Shoot A Gun

As we all know, handling a firearm is not only a huge responsibility, it’s also fairly difficult during your first few sessions at the shooting range. If it’s not your stance you’ve been getting wrong, it may be your alignment, grip, or trigger pull that’s getting in the way of your bullseye. While no one is expected to have perfect aim, we are expected to shoot our weapons in a way that doesn’t alter the safety of everyone else around. Watching someone shoot with destructive technique is far more cringe-worthy than watching someone use workout equipment the wrong way, so let’s go over the basics of shooting a gun properly, that way you’ve got a head start when you visit the gun range. 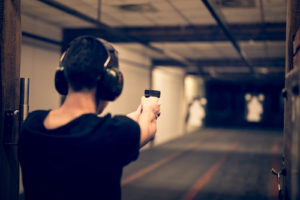 While your optimal firing stance may depend on your physique and surroundings, it’s best to note that comfortability is not what we’re shooting for. The main goal to achieve with your stance is balance, and for most people, that is accomplished with a side to side foot stance. At about a hip or shoulder-width distance between your feet, you want your feet unlocked but not bent. A front to back foot stance works as well for those already familiar with the recoil of their weapon.

It goes without saying that the kickback of your weapon may be shocking to deal with at first. No matter what your size is, without a locked grip, the firing of a handgun can be unpredictable. Among most new shooters at the gun range, nearly all have trouble finding the correct gripping. For handguns, you’re looking to hold your weapon tight in your primary hand, with your support hand cradling the bottom of your primary. Index finger on the side of the weapon (off of the trigger) until you’re prepared to shoot. 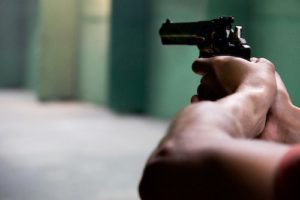 Relaxing your muscles while shooting at the gun range can be rather difficult, so you need to mentally calm your shoulders and arms in order to remain accurate. With so many other patrons firing their weapons at the shooting range, it’s natural to be in an anxious state during your first visit. After relaxing your shoulders, extend your arms out as far as you can without locking your joints. While you do want to slightly lean forward (to counter the kickback of your weapon) you don’t want to lose your balance by leaning to much weight forward.

How you pull the trigger often depends on the type of weapon you’re shooting, however, there’s a baseline method that works for any gun. Without flinching, or jerking the weapon, you want to slowly pull on the trigger with your index finger once you’ve got your aim aligned. Many gun owners recommend slightly exhaling as you fire, releasing the trigger after each shot. No matter what, keeping your finger off the trigger until you’re ready to fire is a critical rule when visiting any shooting range.

Beyond the technique of your stance, the other aspect of shooting worth mentioning is your overall understanding of your weapon model. As each pistol and rifle contain different mechanisms, it’s crucial to familiarize yourself with each feature of your gun. Over time, you want to gain a natural instinct for locating your safety, performing seamless reloading, and holstering in order to increase speed. Last but not least, by visiting Delray Shooting Center consistently to practice your stance and precision, you’ll become a far more responsible gun owner who can be prepared at the drop of a dime. 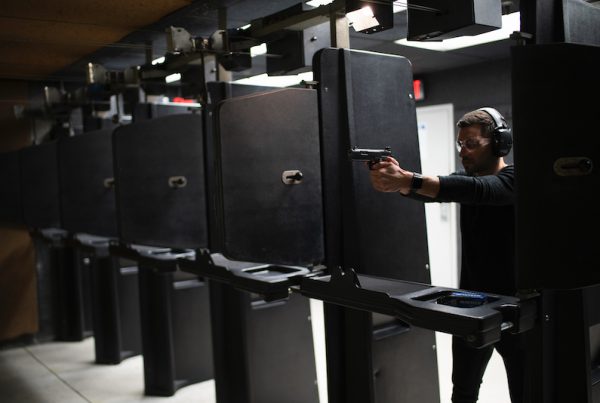 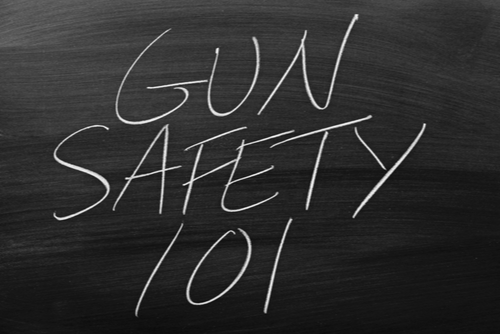 What Is Taught In A Gun Safety Class

The Benefits Of Taking A Concealed Carry Weapons Class